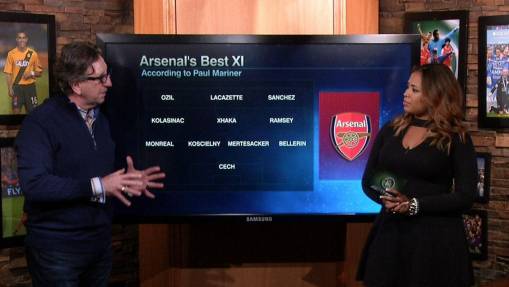 Arsene Wenger's first game in charge of Arsenal was a fairly routine 2-0 victory at struggling Blackburn Rovers on Oct. 12, 1996. But it heralded a new era at the London club, and was the first step toward an unprecedented period of success for the Gunners.

On the 21st anniversary of that match, ESPN FC looks back at the victory and its significance.

Former Nancy, Monaco and Nagoya Grampus Eight boss Wenger had famously come in as a largely unknown manager in England, with the Arsenal players sceptical about the new methods he was bringing in from abroad. And Wenger stunned the team by calling them into the hotel ballroom at 8:30 a.m. on the morning of the match for a warmup and stretching session -- unheard of in those days.

Striker Ian Wright said later: "We were all thinking, 'What is going on here?' It took some time to get used to it because you are talking about a complete left turn when you have been used to straight lines."

Wenger's first team was largely inherited from predecessors Bruce Rioch and George Graham, but one name stuck out as a symbol of things to come. Patrick Vieira was handed just his third league start, having been signed by Arsenal that summer on the advice of Wenger, before the Frenchman was officially in charge of the club. Vieira was the only foreign player in the team that day, aside from Welshman John Hartson, with Dennis Bergkamp not in the squad. The midfielder was the first of many bright foreign talents -- especially French -- brought in by Wenger, and the days of overwhelmingly English teams were soon over.

Wright showed Wenger he could still be a key player at the age of 32 by scoring both goals to put the hosts away. The first came after just three minutes as the striker took one touch in the area to go around a defender before finishing confidently with his other foot into the far corner. Vieira created the second, starting a counterattack by pushing up the field with that long stride that would soon become so familiar to Arsenal fans before sending a long ball up toward Wright. The striker used a delicate touch to take the ball in his stride before sliding forward to chip the ball into the net.

The win certainly helped Wenger erase some of the doubts his players had about their new boss, although he still had to deal with one minor insurrection after the game. As part of his new strict dietary regime, Wenger had banned chocolate bars from the team's prematch snacks and the players made sure he knew they were upset about it.

"At half-time, I asked my physio Gary Lewin, 'Nobody is talking, what's wrong with them?' He replied, 'They're hungry' -- I hadn't given them their chocolate before the game. It was funny," Wenger said a couple of years ago.

And on the bus home after the game, the players staged what became known as "the Mars bars revolution," as Wenger recalled: "The players were chanting, 'We want our Mars bars!'"

While the chocolate remained banned, the victories kept coming.