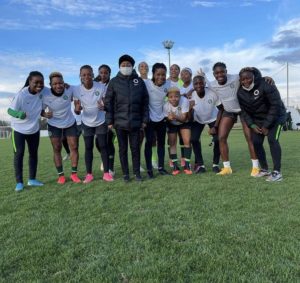 Super Falcons got off to the perfect start in the Turkish Women's Cup after defeating CSKA Moscow 1-0 in Thursday's opener.

The African side came into the contest on the heels of a 15-month hiatus, while the Russian giants were cruising on three straight preseason wins over Kransdor plus the BIIK Kazygurt double.

Randy Waldrum's ladies almost gained an early lead through captain Asisat Oshoala before she was eased off the ball by Bratko Ekaterina in the sixth minute.

However, CSKA almost got themselves ahead through Tetyana Kozyrenko but her effort came off the woodwork in the 16th minute.

Two minutes later, Ordega made the best of her pace to race in from the right side before sending in a low cross for Ihezuo to tap in Nigeria's opening goal.

Ordega and Payne combined well for another goal but the CSKA defenders were alerted of the danger to foil it in the 24th minute.

On the brink of the half time break, Payne came close to double the lead on her debut but her strike from outside the box went wide.

After the restart, the West Africans continued their dominance as Oshoala almost increased the lead but missed netting from close range 10 minutes into the second half. 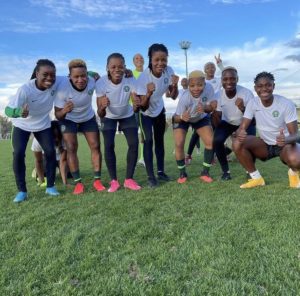 In the final 15 minutes, CSKA failed to find a way past Nigeria's solid defence despite late changes as the latter held on to claim the win in Antalya.

The win sees Nigeria open their campaign on a high and puts them in second position in the group, tied on three points but separated from leaders Uzbekistan by goals scored.

The result left Waldrum in a celebratory mood on his fine start, while American born duo of Sevilla's Payne and SC Sand's George made their international debuts for Nigeria.

Payne lasted the duration of the match on her maiden outing, while George replaced Halimatu Ayinde to feature in the final 14 minutes.

The Super Falcons will aim to claim top spot when they faced table-toppers Uzbekistan in their second match at the same venue on Saturday.

In the other result, Uzbekistan thrashed two-time African champions Equatorial Guinea 5-0 at the same venue on Wednesday evening.