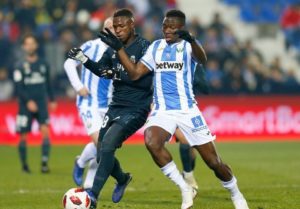 Amiens according to a report in French online news hub, L’Équipe have decided to move on after their opening bid was rejected by Chelsea.

Omeruo spent last season on loan at Spanish club, Leganes where he made 28 league appearances but failed to failed to register a club all through the entire campaign.

Leganes are keen to make the move permanent but the LaLiga club are yet to meet up with the former Premier League champions valuation of the centre-back.

The Cucumber Growers already have a bid of €4m rejected by Chelsea and have increased it to €4.5m.

Chelsea on the other hand want €6m for the player who has 12 months remaining on his current deal.