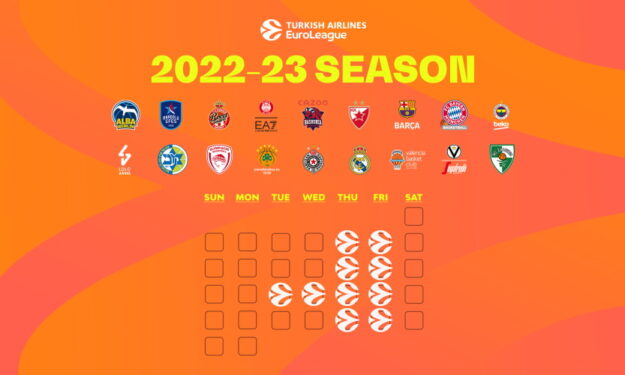 Basketball Euroleague, which is the most prestigious international club tournament in Europe, started in early October. 18 teams will take part in the regular championship, which will play each other twice. After that, the strongest eight will form quarter-final pairs. According to the bookmakers, Anadolu Efes, Barcelona, ​​Real Madrid and Olympiacos should make it to the final four. Having carefully studied the form of these clubs, we can assume the chances of each team to win the tournament. Bets on this event are accepted by 1xBet uz.

Champion of the last two seasons of the Euroleague will try to get the third title in a row. Last year, in the regular championship on the international arena of Anadolu, Efes took only sixth place. In the quarter-finals, the Turks easily defeated Milan 3-1 in the series. In the semi-final, the representatives of Istanbul proved to be stronger than Olympiacos in a bitter struggle - 77:74. The final battle also turned out to be difficult for Dogush Balbay and partners. However, the wards of Ergin Ataman got a strong-willed victory over Real Madrid - 58:57.

The composition of the Turkish club has not changed much. So the "blue-white-red-blue" are able to win an international tournament once again.

In the last regular season, the Spaniards finished first, beating Olympiacos and Milan by two victories. In the 1/4 finals, the Catalans defeated Bayern Munich only in the fifth match. Then there was a semi-final and a defeat from the principal rival of Real Madrid - 83:86. But in the battle for the third place, the "blue-garnet-yellows" confidently beat Olympiacos - 84:74.

Wards Sarunas Jasikevicius this year look good. After the return of Mirotić, Kuric and Martinez from the infirmary, the Catalans should become even stronger. Therefore, it is quite possible to expect from the brainchild of Joan Laporta, at least reaching the final of the Euroleague.

Real Madrid is the most titled basketball club in Europe. Only the Euroleague representatives of the capital of Spain won 10 times. Last year, Madrid could get the 11th trophy, but in the dramatic final they lost to Anadolu Efes - 57:58. Prior to that, in the quarter-finals, the "creamy" "dry" in the series dealt with Maccabi from Tel Aviv, and in the semi-finals, in a stubborn battle, they beat Barcelona - 86:83.

This year, the wards of Jesus Mateo will still try to do what they failed in the last draw. However, Sergio Llullu and partners will be extremely difficult.

The Greek club has won the Euroleague three times in history. It was in 1997, 2012 and 2013. Since then, the main achievement of Olympiacos in the international arena is the 2017 final. The reigning champion and owner of the Greek Cup in the last regular season of the current competition took second place. In the quarterfinals, the representatives of

In the current regular championship, Georgios Bartzokas' wards look quite confident and should reach the playoffs without any problems. At the same time, it will be extremely difficult for the Greeks to reach the final.

Based on the composition and playing power of Anadolu Efes, the Turks should take the third international trophy in a row. Only injuries to the leaders or underestimation of the opponent in knockout battles can prevent the Istanbul team. Real Madrid and Barcelona have often fought for the title in recent years and are the main opponents for the club from Turkey this season. Olympiacos is competitive, but its ceiling is the final four.