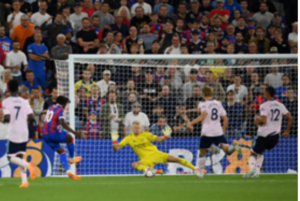 The new English Premier League season kicked off on Friday evening with Arsenal registering a 2-0 win over Crystal Palace at Selhurst Park.

To celebrate the start of the 2022-2023 Premier League, the United Kingdom Embassy in Nigeria, via its official Twitter account, invited fans to celebrate the current crop of Nigerian and Anglo-Nigerian players eligible to feature in the 'greatest league in the world', and wished the players best of luck for the season ahead.

The Chukwuemeka brothers, Akinwale, Omilabu, Ola-Adebomi, Awe, Iroegbunam, Edozie, Offiah and Shoretire are eligible to be registered on their clubs' Premier League rosters as U21 players.

Of the aforementioned players, only Alli and Saka are cap-tied to the English Football Association.