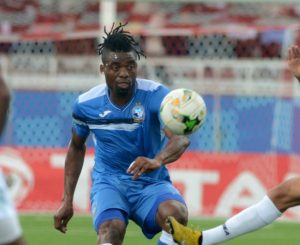 The Nigerian league champions were eager to bounce back following defeat last weekend, and did just that to move up to second place in Group D, level on points with Hassania Agadir who are away to Paradou AC later this evening.

A breathless first half failed to conjure a goal, but the opener finally came following a change in personal.

Second-half substitute Martins Usule proved to be the difference on the day as he came off the bench to great effect; striking the ball home on the volley in the 64th minute.

Usule missed a chance to bury the game moments later, but it mattered little as the People’s Elephant held on for all three points