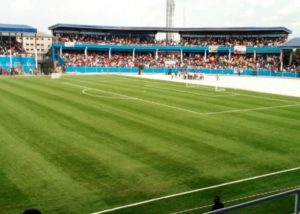 The Peoples Elephant were forced to play their last home clash in the competition against Rahimo FC of Burkina Faso behind closed doors.

The approval was conveyed in a circular addressed to the general secretary of the Nigeria Football Federation (NFF), Mohammed Sanusi, and signed by the CAF deputy secretary.

According to the correspondence this is an “exceptional approval” as officials are yet to pay an inspection visit to the stadium.

The Aba club are the only Nigerian remaining in the competition following Kano Pillars exit in the first round.