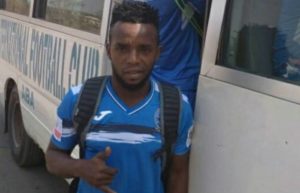 Reports revealed that the Aba Elephants will consider offers from interested clubs for the diminutive playmaker who is out of favor at the club.

Onuwa has struggled break in the first eleven since he joined the club from MFM FC in 2019 and the arrival of Anthony Omaka will surely push him down into the pecking order.

Onuwa has one year left on his contract with Enyimba, but reports further revealed that he’s willing to sign for club will meet up with his personal terms.

The former Plateau United defender is on the radar of Akwa Utd and Wikki Tourists.