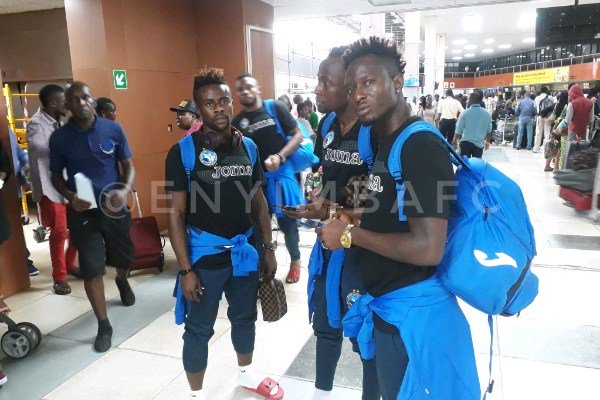 Enyimba will depart Nigeria for South Africa tonight for the first leg of their CAF Confederation Cup play-off tie in against Bidvest Wits in Johannesburg on Friday.

Enyimba confirmed this on Wednesday on their verified Twitter handle.

Players and officials of Enyimba arrived at the Murtala Mohammed International Airport, Lagos on Wednesday evening, where they will board a flight to South Africa for the first leg encounter.

“We’re at the Murtala Mohammed International Airport, Lagos. Tonight, we depart for Johannesburg to take on Bidvest Wits in the CAF Confederation Cup,” Enyimba tweeted with pictures of their players at the airport.

Victory over two legs for Enyimba will see them qualify for the group stage of this season’s CAFConfederation Cup.

The return leg between Enyimba and Bidvest Wits is on April 16.

In the first round clash against Energie of Benin Republic, Enyimba triumphed 5-2 on aggregate.