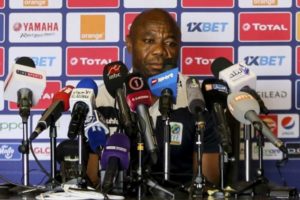 Former Nigeria international Emmanuel Amuneke has been relieved of his post as head coach of the Tanzania national team.

The Tanzania Football Federation announced the termination of his contract on Monday afternoon.

”The Tanzania Football Association (TFF) and the National Team Coach, Emmanuel Amunike, have reached a joint agreement to terminate the contract between us,”reads a statement on the official website of the TFF.

“TFF will announce the new coach who will lead the National Team for CHAN qualifying matches.

“The new coach will be announced after the Emergency Committee Committee meeting meets July 11,2019. The search for the new Coach has started immediately.

He helped the Taifa Stars booked a place in the 2019 Africa Cup of Nations in Egypt, their first since the 1980 edition which was hosted by his home nation, Nigeria.