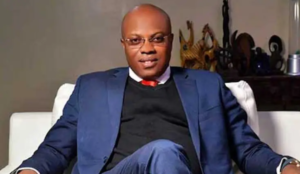 Christian Emeruwa, a presidential candidate in the upcoming Nigeria Football Federation (NFF) election, on Thursday, said the quality of the Nigerian football league was not good for television telecast.

Emeruwa stated this at the presidential debate organised by the FCT chapter of the Sports Writers Association of Nigeria (SWAN) in Abuja.

He said that for the league to be good enough for television telecast, the quality must be upgraded to compete with other leagues globally.

The presidential candidate said a league where the selection of match officials was based on sentiments and not performance would not produce a good result.

The candidate also said, if elected as the NFF president, he would work with experts to train Football Association (FA) secretaries to embrace computerised system of administration.

“If elected the president of NFF, I will change the entire football administration from analogue to computerised system,” he said.

Emeruwa said if elected, his administration would come up with a policy to check the involvement of officials of the federation in player management.

He added that he would put in place institutions that would outlive his administration in order to gain the confidence of would-be sponsors.

“There is need to build strong institutions that will outlive every administration of the NFF,” the candidate said.

“Sponsors will always consider the structures before thinking of putting money into the system,“ he added.

Emeruwa said also that no sponsor would invest in the sport without seeing the programme of the federation.