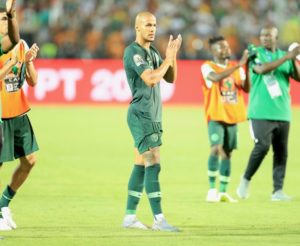 William Ekong says Super Eagles have no fear for World football Super powers, Brazil, but candidly admitted that they have respect for the South American champions.

“Brazil is a top team, probably the best team in the world”, the Nigerian center back said.

“But Senegal gave them a good fight on Thursday. We can pick some inspiration from that performance when we play the them on Sunday”, Ekong added, admitting it won’t just be an easy tie for either side.

“It will be tough because they will want to win at least one game against an African team on this tour, but we will also want to take something off them”.