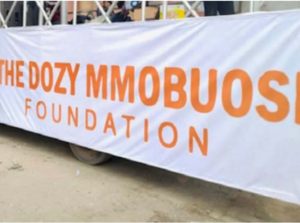 The unveiling ceremony packaged by Tingo Media will hold at the Mobalaji Stadium which also is the venue for the curtain raiser edition of the tournament holding from December 6-9.

“The unveiling and draws ceremony is a teaser of the entertainment and fun awaiting fans at the NPFL-Dozy Mmobuosi Foundation pre-season as we are going to ensure that everyone enjoys a well packaged ceremony”, Martins Ebuwa Agbonwaneten, the Chief Executive Officer of Tingo Media was quoted to have said.

Fans attending the matches have been assured of plenty goodies as well as good music all through the tournament which will feature raffle prizes.

“Every player can be a winner as we are putting up ₦1m for the Most Valuable Player (MVP) in addition to another ₦1m for the Highest Goal Scorer, ” the Tingo Media official added.