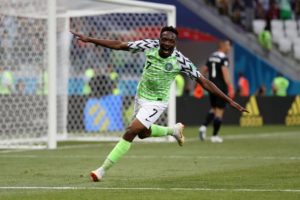 Nigeria national team captain Ahmed Musa (28) has rejoined local side Kano Pillars FC until the end of the 2020/2021 season.

The former Leicester City forward has been unattached since leaving Saudi Arabia side Al-Nassr in October 2020.

Musa played for Kano Pillars in 2009.

It was reported that Premier League club West Bromwich Albion was expected to complete a move for Ahmed Musa in the January transfer window for the 2020/2021 season but the deal broke off hence joining NPFL side Pillar until the end of 2021 season.