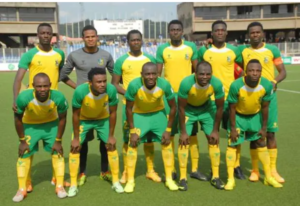 Kwara United FC has redeemed its pledge to players after their qualification for the next stage in the ongoing TotalEnergies CAF Confederation Cup competition.

The team defeated AS Douanes of the Niger Republic 3-0 in Nigeria, and played out a goalless draw in Niamey on Sunday to scale through the competition.

Before the battle of Niamey, the team’s management, led by the Chairman, Kumbi Titiloye, had promised the players N2m cash gift if they qualified for the next round of the competition.

He further assured that the team would qualify for the group stage of the CAF Confederation Cup ahead of their opponent.

He also said that the team would play some friendly matches in Ilorin and Ijebu-Ode before returning to Lagos for the crucial match.

The General Manager of the club, Bashir Badawiy, in his message to the players at the training session, said the pledge had been redeemed, while efforts were being intensified to have the bonuses paid.

While commending the players for the qualification, he reminded them of the bigger challenges ahead, especially their next opponent, RSB Berkane of Morocco.

Kwara United will play the Moroccans in the first leg at the Mobolaji Johnson Arena in Lagos on Oct. 9, with the return leg fixed for Oct. 15, in Morocco.