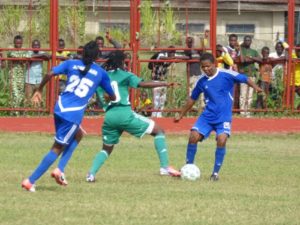 In June, the NWFL scrapped the yet-to-commence 2019-20 season citing reasons including the coronavirus as the annual competition did not take place for the first time since 1990.

After the cancellation, the Aisha Falode led board disclosed plans to start the new season after the government's permission as the clubs gear up for the maiden Caf Women's Champions League.

"Henceforth a minimum of two women coaches or two women officials will sit on the technical bench in line with Fifa/Caf regulations with special focus on encouraging development and integration of women participation in football at all levels," the statement on the NWFL website read.

"Clubs must submit to the NWFL an audited annual report of their activities as follows: A) indebtedness, profit or losses, B) Sponsorship, C) A clear evidence of payment of players salaries in the previous season, D) A detailed list of category of salaries of players for the new season.

"Clubs must insure all registered players covering Injury, accident and in the case of death. The NWFL in her quest for development in the technical area also will henceforth frown at coaches not qualified or licensed to sit on the technical bench of various clubs.

"A) A list of coaching crew with details, attached credentials of which minimum requirements/certification will be a NIS advanced course of study.

"Uncertified NIS or equivalent coaches will not be eligible or qualified to access the technical bench during matches in the upcoming league."

The move will promote and improve the quality of the women's top-flight league as the country aims to excel in the continent's inaugural club competition scheduled to kick off in 2021.

Rivers Angels won the 2019 title and will hope to retain their crown in the 2020-21 season in the quest to qualify for the Wafu B regional playoff tournament for the Champions League.