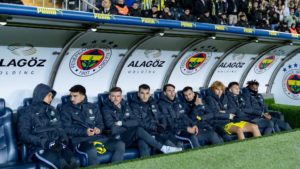 Étienne Capoue opened the scoring after a great ball across the area by Diogo Collado to give the Spanish club the lead 23 minutes into the game but Serdar Dursun equalises from the penalty spot for Fenerbahce seven minutes after.

Super Eagles forward, Chukwueze was part of the seven halftime substitutes expected to turn on the heats on Fenerbahce but wasn’t meant to be.

Josh King with 12 minutes to go, gave the Istanbul based club the lead with his goal turning out to be the decider.

Villarreal will be hoping for a better result when take on Galatasaray in their next game on Tuesday.