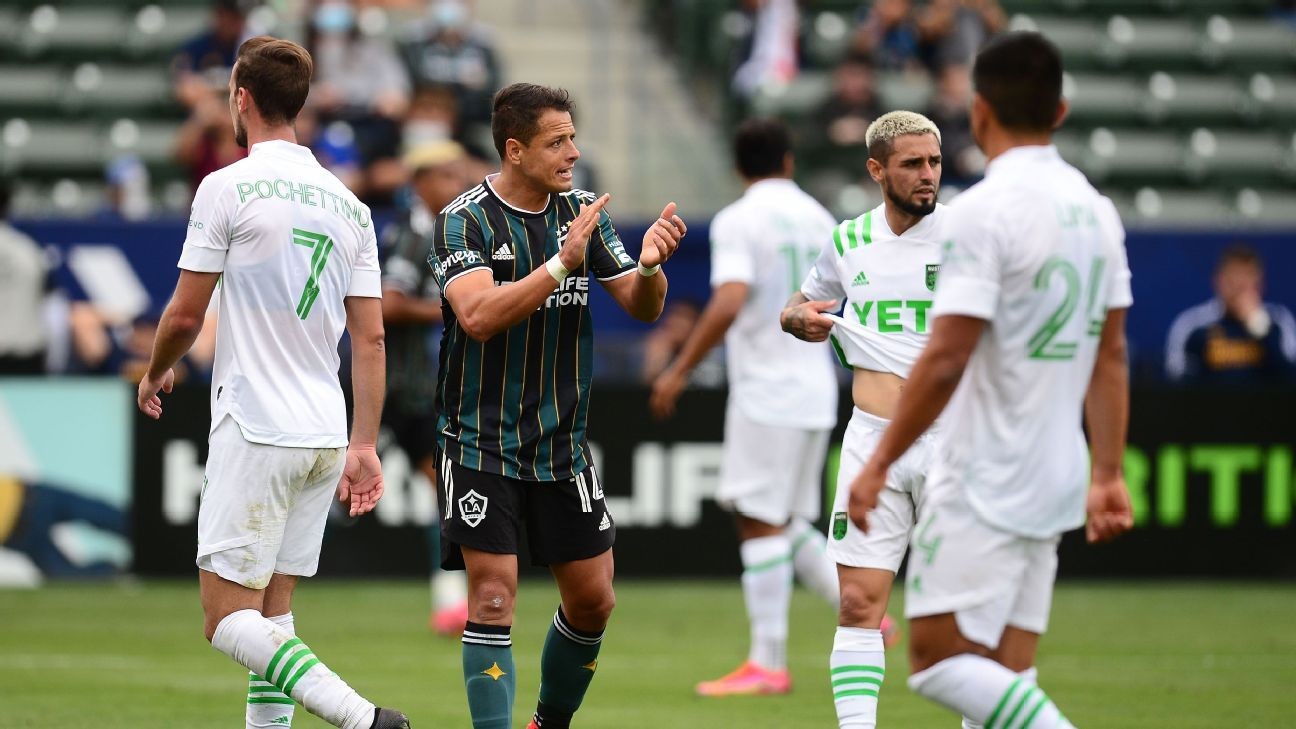 Javier "Chicharito" Hernandez continued his scoring tear with his league-leading seventh goal in the LA Galaxy's 2-0 win over expansion Austin FC on Saturday in Carson, Calif.

Hernandez was active from the start for the Galaxy (4-1-0, 12 points). He had quality chances on goal in the seventh and 11th minutes but just missed the net.

In the 25th minute, Hernandez was taken down in the box by Austin's Jhohan Romana and was awarded a penalty kick.

play1:19 Is Chicharito being ignored by the Mexico national team?

Hernandez's shot was saved by Austin FC goalkeeper Brad Stuver, but the Galaxy would take the lead moments later.

Daniel Steres sent a long ball to Sebastian Lletget, who eluded a defender and got free for a breakaway shot that he converted in the 35th minute to open the scoring.

Austin FC had a few chances and were energized by the insertion of Kekutah Manneh into the lineup as a substitute in the 59th minute. Manneh had three good opportunities from inside the box but couldn't put away a tying goal against Jonathan Bond (two saves).

The Galaxy took advantage on the counterattack, with Sacha Klestjan starting the play. Julian Araujo found Hernandez with a well-placed cross in the 77th minute, and the Mexican national team star expertly finished it before a short dance in celebration.

Stuver finished with two saves for Austin FC (2-3-0, 6 points), which played the fifth of eight straight road games to open their first season in MLS. The expansion club is waiting for its new stadium to be ready to move into next month.

Austin became the latest expansion team to lose to the Galaxy at Dignity Health Sports Park.