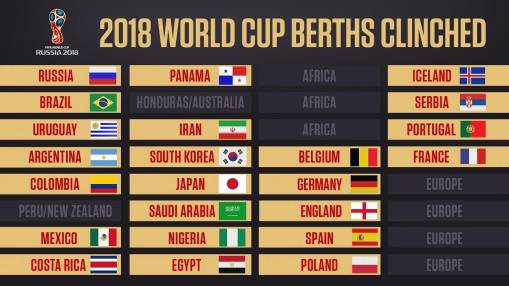 Asier Illarramendi's superb goal led Spain past Israel and ensured their unbeaten record in qualifying. Despite his current form with Man City, the FC crew say it made sense for Chelsea to let Kevin De Bruyne go when they did. The FC panel look ahead at Chelsea's fixture list and examine the impact Alvaro Morata's hamstring injury may have on the team.

Marcos Alonso knows he must continue making headlines at Chelsea to boost his chances of representing Spain at the 2018 World Cup.

The left-back has had a strong start to the campaign with the Blues, scoring two goals in seven league starts.

"It would be a dream come true to play for Spain and help them do well at the World Cup next year," Alonso told Cadena Ser radio. "I've been doing the right things for some time and the news from Chelsea eventually gets there [to Spain]."

Alonso, 26, was a key player for coach Antonio Conte last season, his first year with the Blues, scoring six goals and setting up three more in 31 league starts as Chelsea won the Premier League.

Spain coach Julen Lopetegui has not selected him, though, much to the surprise of the local press, with Marca even asking in a headline back in August: "What does Marcos Alonso have to do more to get a chance to play for Spain?"

Lopetegui admitted last month ahead of Spain's final World Cup qualifiers against Albania and Israel that Alonso was "playing at a high level" but said Spain were covered with Jordi Alba and Nacho Monreal in that position.

"Spain have great players and I hope great things happen next summer," Alonso said. "I haven't spoken to him [Lopetegui] but I believe he is monitoring me.

"I'm just focusing on doing what I have to do on the pitch. The call-up will come or maybe not. The best way to make a name for yourself is to do well on the pitch. My only focus is to give my all on the pitch and do the best thing possible."

Marcos Alonso scored twice in Chelsea's away win over Tottenham in August.

Alonso, who joined Chelsea from Fiorentina last summer, says he is making the most of playing for Conte.

"From the moment I arrived here, I have felt great playing as a starter," he said. "We had a great season and we deserved the Premier league title.

"I've continued my development at Chelsea and I have to continue to work in order to improve."

Alonso added that his team is ready for the challenge of defending the Premier League.

"It's not going to be easy to win the Premier League again," he said. "There are many teams that can opt for the title. We saw it two years ago that even a team like Leicester can compete and win the league.

"The two Manchester teams have strengthened their sides very well. Tottenham have a solid group that has worked together for some time, Liverpool have a strong side. We will fight in each game to give ourselves a chance to be there in the battle."

A youth product of Real Madrid, Alonso is under contract at Stamford Bridge until June 2021.

"I'm very happy at Chelsea but I would like to return to play in Spain one day," he said.

"Obviously, before I retire I would like to play in La Liga because I haven't played much there.

"But I'm very happy in London. All I think about is Saturday's game against Crystal Palace. I really like the Premier League and to have the opportunity to play for Chelsea and win titles."