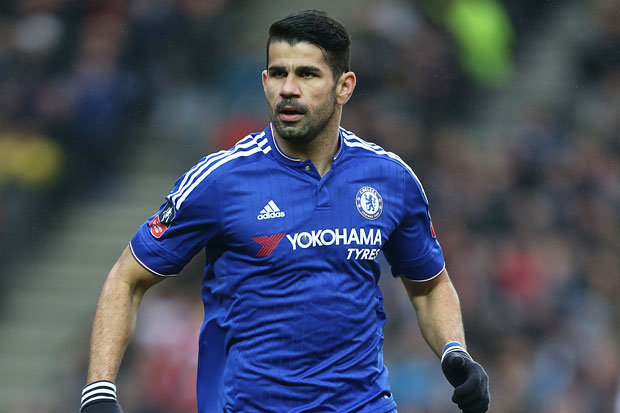 The French giants have already been linked with a raid for Chelsea playmaker Eden Hazard.

But now the club, who aim to dump Chelsea out of the Champions League for the second year running on Wednesday, have also turned their attention to star striker Costa.

Atletico Madrid are also interested in re-signing the Spain international, who Chelsea bought for £32m in 2014.

But super-rich PSG are easily able to outbid them and could use Uruguay striker Edinson Cavani as part of the deal.

Cavani came off the bench to score the winner against Chelsea in a 2-1 first leg victory in their Champions League last 16 tie three weeks ago.

And he is understood to be a target for Chelsea’s manager-in-waiting Antonio Conte.

PSG will definitely need to boost their strikeforce for next season.

Superstar Swede Zlatan Ibrahimovic is out of contract in the summer and dropping heavy hints he wants a move to the Premier League.

Rumours persist that Costa is unsettled at Stamford Bridge, despite winning the title last season and finishing the campaign as the club’s top scorer.

Costa was poor in the first half of the season, but since Guus Hiddink replaced Jose Mourinho as boss in December he has rediscovered his form, scoring 10 goals in 14 appearances.