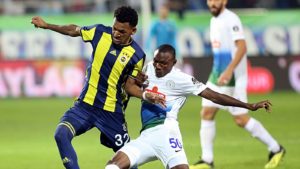 The 24-year-old spent the 2018-19 season with the Yeni Rize Sehir Stadium outfit on loan and helped the side finish 11th on the league table, scoring six goals in 31 appearances.

On the back of the performances, the Black Sea Sparrowhawk have handed a three-year deal to the Super Eagles midfielder.