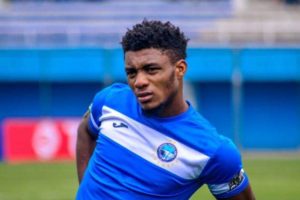 Iwuala, who has already won two caps for the Super Eagles, received his third booking in his club’s last Group A clash at home against Orlando Pirates of South Africa.

He gave the assist for the last-gasp match winner by Cyril Olisema, which propelled Enyimba to the last eight of the Confederation Cup.

The winger’s absence will most certainly be felt especially on the road, where Enyimba have struggled to produce the goods recently.

The return leg in Aba will be played on May 23.