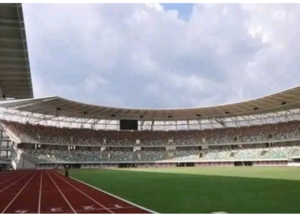 Instead, the Pride of Rivers will host their opponents at the “Nest of Champions”, Godswill Akpabio International Stadium, Uyo Akwa Ibom.

Stanley Eguma’s side have been drawn in Group B of the competition along with Asec Mimosa of Cote d’Ivoire, Congo’s Dable Noirs and DC Motema Pembe of the Democratic Republic of Congo.

The Port Harcourt club will start their group stage campaign with a trip to Dable Noirs on February 12.