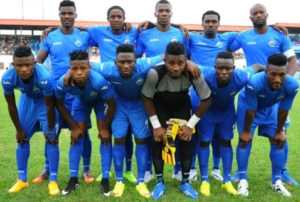 The Nigeria’s representatives in this season’s CAF Confederation Cup, Enyimba FC and Enugu Rangers have been drawn against teams from South Africa and Togo respectively.

In the draws conducted, Wednesday, in Cairo Enyimba will face South African side TS Galaxy, while Rangers face ASCK of Togo.

Enyimba dropped from the CAF Champions League to the second-tier club competition after 1-0 aggregate defeat to Al Hilal last month.

However, they will have their hands full against newcomers TS Galaxy who are competing at the tournament for the first time , after beating Kaizer Chiefs in the 2019 final.

Rangers, on their part will square up against four-time Togolese League champions ASCK.

The former Champions League winners will host TS Galaxy in the first-leg, while Rangers travel to Togo for the first-leg on the weekend of October 27.