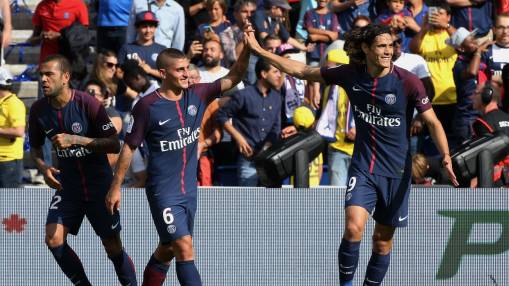 The latest proceeding in a broader Swiss investigation of FIFA is against "Jerome Valcke, the chief executive officer of the BeIN Media Group LLC Nasser Al-Khelaifi, and a businessman in the sports rights sector," federal prosecutors said.

Valcke was alleged to have received "undue advantages" from the businessman, who was not identified, to award "media rights for certain countries" for four World Cups from 2018 through 2030.

Valcke was questioned on Thursday and properties were searched in France, Greece, Italy and Spain.

Swiss prosecutors said the action was carried out with Eurojust, a European Union agency for cooperation in criminal matters.

"Multiple premises were searched, assets were seized and interviews were conducted as a result of this joint operation," the European justice body said in a statement.

The criminal proceeding was opened on March 20, but only announced on Thursday, the Swiss federal office said.

The proceeding against Al-Khelaifi is one of the first direct links to Qatar in sweeping investigations by authorities in the United States, France and Switzerland of FIFA, international football, and the 2018-2022 World Cup bidding contests.

Al-Khelaifi's profile has risen in recent months as PSG pursued and sealed a world-record transfer of Brazil star Neymar from Barcelona for €220 million.

The case stemmed from a wider investigation of FIFA's business that saw criminal proceedings opened against Valcke in March 2016.

Valcke was FIFA's CEO-like secretary general under then-president Sepp Blatter from 2007 until he was fired in January 2016.

The French former TV presenter was in Switzerland on Wednesday to testify at the Court of Arbitration for Sport in his appeal hearing against a 10-year ban by FIFA for financial wrongdoing and abuse of expenses.