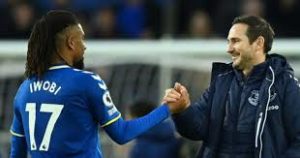 Everton have sacked manager Frank Lampard after Saturday's 2-0 defeat by West Ham left them 19th in the Premier League and without a win in 10 matches in all competitions.

Lampard's dismissal follows Everton owner Farhad Moshiri attending his first match since October 2021 as the Toffees succumbed to defeat at the London Stadium - their third consecutive loss in the league.

The former Chelsea boss arrived at Goodison Park in January 2022, and although he helped the club avoid the drop last season, he leaves Everton with 15 points from 20 games and three wins this term - the worst victory record in the division.

Everton are 19th in the table, with only Southampton below them on goal difference.