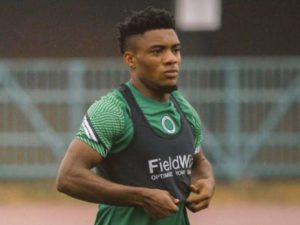 L’Avenir has reported that Eupen will be interested in Iwuala, whose club have already put a million Euros price tag on.

The 22-year-old is a daring winger, who loves to take on his marker with his speed, power and technique.

Interestingly, another Super Eagles star, Henry Onyekuru got his first big breakthrough at this club.

Eupen sold him to Premier League side Everton for five million pounds before he eventually ended up with AS Monaco in the French Ligue 1.

This season, the club have stayed up in the Belgian top league against many odds.