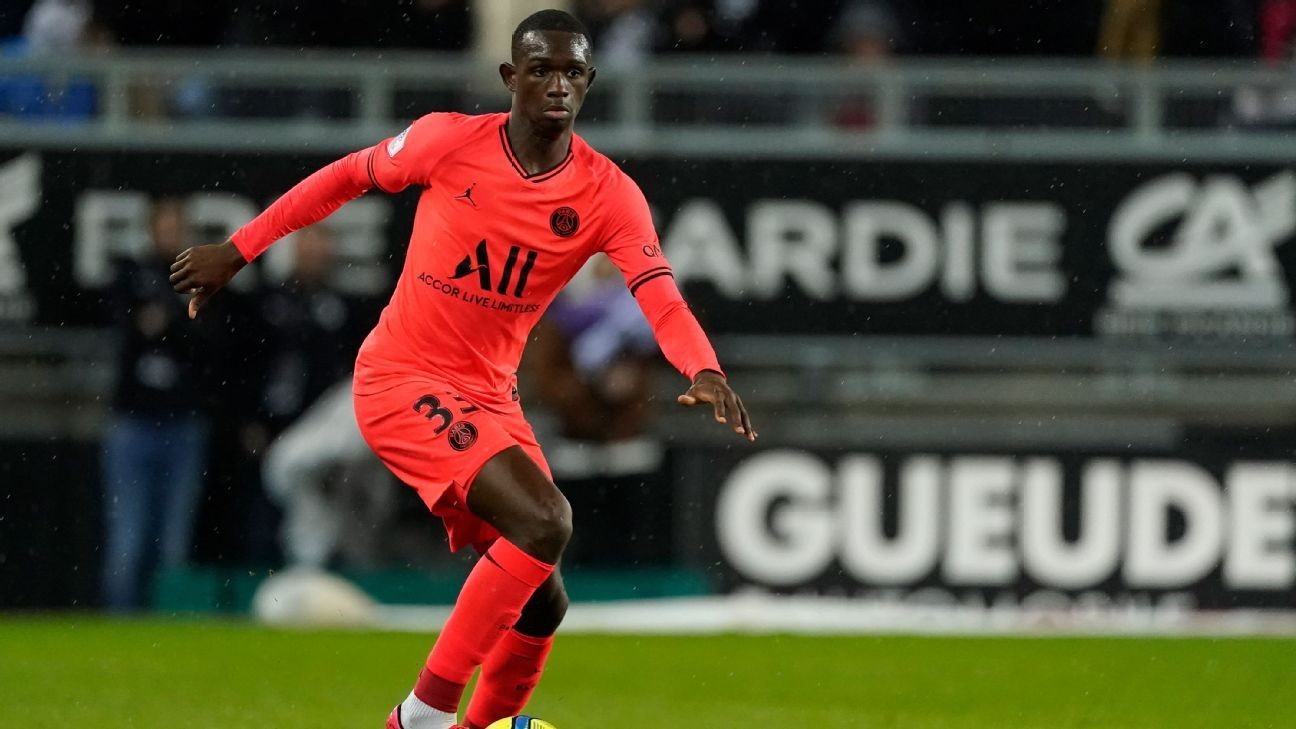 Bayern Munich have signed 18-year-old defender Tanguy Kouassi from Paris Saint-Germain on a four-year deal, with director Hasam Salihamidzic having described him as "one of the biggest talents in Europe."

Kouassi made 13 appearances in all competitions for PSG last season before the Ligue 1 season was ended due to the coronavirus and was part of the France squad which reached semifinals in 2019 Under-17 Championship.

Sources have told ESPN that PSG lost rising star Kouassi because they couldn't compete with the terms presented by his agents, Hakim Hamouche, Mounir El Maoujoudi and Yohan Fontaine.

"I'm very happy to be able to play for FC Bayern," Kouassi said. "It's a big club, rich in tradition.

"I really hope I'll be able to establish myself here and play a lot of matches. For that I'll work hard."

Salihamidzic added: "We're very happy that we've been able to bring Tanguy Nianzou Kouassi to FC Bayern. In our opinion he's one of the biggest talents in Europe.

"His best position is central defender, but he can fill several positions. We're sure he'll have a great career in Munich and will strengthen our team."

Kouassi is the latest French defender to join Bayern after Benjamin Pavard and Lucas Hernandez -- both 2018 World Cup-winners -- arrived 12 months ago, and has signed a contract until 2024.