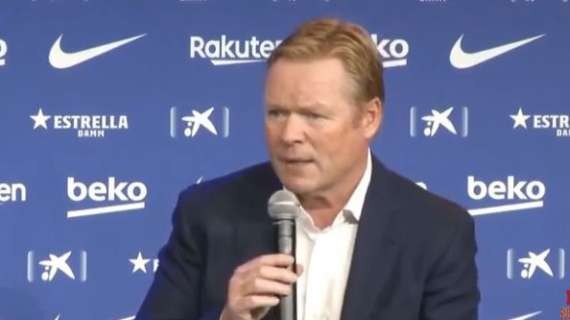 Ronald Koeman wants to stay at Barcelona next season. Blaugrana head coach is keen to keep working at Nou Camp, but he says he will need assurance from president Joan Laporta when they meet at the end of this month. "We have agreed to talk at the end of the season," Koeman told in a press conference on Saturday. “It's very important for a coach to work in a club where he has absolute confidence. If that's the case, I can and I'd like to stay.

The Dutch, who has another year left on his Barcelona contract, has guided the club to the Copa del Rey victory this season, but last week's 3-3 draw at Levante has left his team with little chance of winning La Liga. Now they have to beat Celta Vigo and hope that Atletico Madrid doesn’t beat Osasuna to keep their hopes alive.