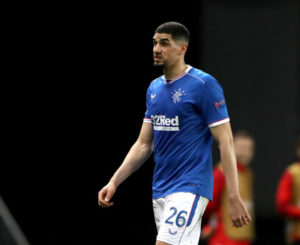 They will begin their quest to play in the Champions League in the third qualifying round and they are four matches away from the group stage.

“We have our heads set on qualifying for the Champions League, and that has always been a dream for me,” Balogun told Rangers TV.

“We have to put in the work for that, but everyone really has that target set and is keen on that. I am working under an amazing management team with some amazing players and some amazing talent, and it is elite, definitely.

“The focus is high and I can sense that feeling of everyone wanting to replicate that winning feeling again as it has been so overwhelming and so nice that you don’t want to lose that,” the 32-capped Nigeria international added.

“It is something I have seen from the first day I came in, and it is quite contagious. If you look at the gym, you have a real culture there of everyone pushing on and working on weaknesses and working on strength as well just to make sure everybody is in the right state of mind and body as well.”

Rangers won the European Cup Winners’ Cup in 1972 after being losing finalists twice, in 1961 (the first British club to reach a UEFA tournament final) and 1967.

A third runners-up finish in European competition came in the UEFA Cup in 2008.

However, towering central defender Balogun, who played 19 matches in the league for the Gers last season, is confident of his side’s progress.