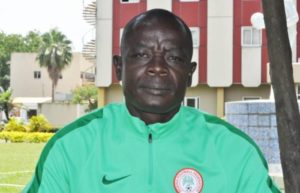 Head coach of Nasarawa United, Bala Nikyu, said he’s proud of his wards, despite losing their unbeaten run to Plateau United on Friday.

The Solid Miners went down 1 – 0 to their hosts in the NPFL first North Central derby of the season played at Jos the New Jos Stadium.

While speaking to the press, the ex-Wikki Tourists boss hinted that he is not disappointed with the outcome of the match.

“The match is about winning, losing, and drawing so it was not that we were beaten, rather we had a good time,” he said.

“I thought we will continue our good run but it was quite unfortunate that we lost today against Plateau United. I am not disappointed with my boys.”

Bala Nikyu stressed further that he expects his side to return to winning ways when they host Enyimba on NPFL week 8 next Wednesday.