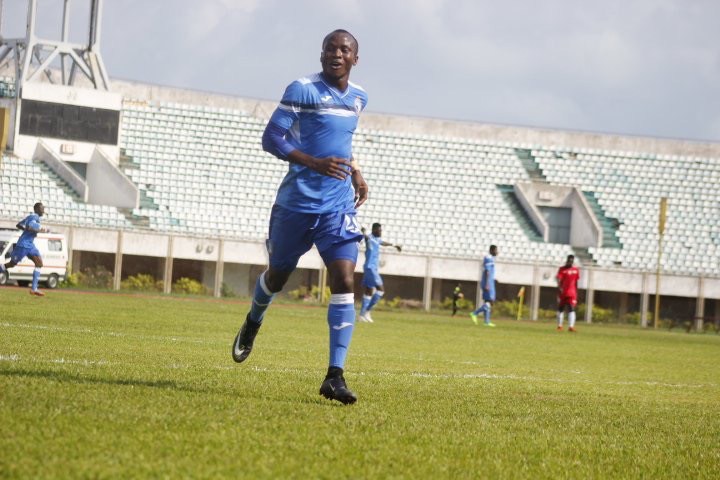 The two time former African champions took an early lead after a defender of the host team wrong footed his goalkeeper with a back pass header, which crossed the line before Stanley Dimba could applied the finishing touch.

Five minutes after scoring the opener Dimgba combined beautifully with Austine Oladapo, who finished brilliantly to put the Nigerian side two goals up with less than 15 minutes played in the game.

The Benin Republic outfit came out fighting in the second half, with one of their efforts coming off the bar while goalkeeper Fatau Dauda was also forced into making two fine saves.

However, Enyimba had the best chance to kill off the game when they were awarded a penalty in the closing stages of the game, but Stephen Chukwude weak effort from the spot was easily gathered. In about two weeks time, the return leg of the tie will take place in Calabar with Enyimba defending their 2-0 lead, and looking likely to qualify for the next round.