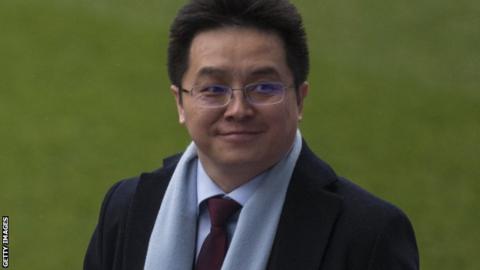 Tony Xia took over at Aston Villa in June 2016

Aston Villa chairman and owner Tony Xia has been fined £4,000 by the Football Association after sending a tweet that suggested a referee was against the club.

After defender Neil Taylor was sent off late on in the 1-0 win over Bolton last month Xia tweeted of referee Jeremy Simpson: "Is the ref a AV hater?"

Xia, 40, admitted the misconduct charge and has also been warned as to his future conduct.

Villa are seventh in the Championship.