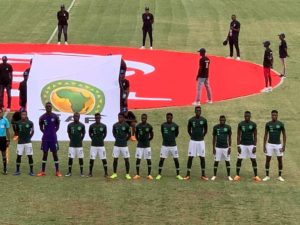 The win mean Nigeria qualifies for the semi-final of the 8 team tournament and also for the U20 World Youth Championship in Poland later in the year, marking their return to the tournament after missing out on a spot in the last edition.

Host Niger Republic are out of the tournament with South Africa clinching the other semi-final berth from the group courtesy of their 1-0 win over Burundi in the other group game.