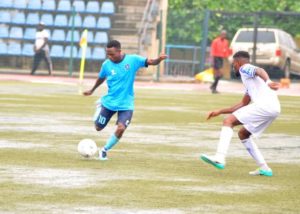 Akwa United have now reached a total agreement for the signing of midfielder Ahmadu Liman from Niger Tornadoes for a yet to be disclosed fee.

Reports say the player is currently in Uyo to complete his move to the 2021 Nigeria Professional Football (NPFL) Champions.

Earlier this month, it was reported by league expert, Andrew Randy in a tweet that "Liman from Niger Tornadoes to Akwa United FC was almost done with personal terms agreed in principle".

He also reported that "the diminutive midfielder was sought out by Wikki Tourists and two other clubs but Akwa seems to have won the race for his signature."

Now reports from various NPFL reporters say the deal is done and dusted as  medical test and personal terms have been sorted out.