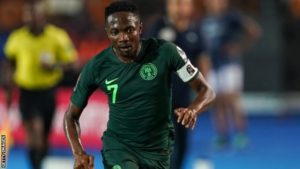 The former Leicester City star was invited for the Super Eagles Africa Cup of Nations qualifiers in March, but the decision was met with outrage as Musa had been without a club since leaving Al-Nassr last October.

However, shortly after the qualifiers, Musa signed a short-term deal with Kano Pillars- the same club he played for before leaving for Europe in 2010.

The decision to return home surprised many, but Babangida, in a chat with Soccernet.ng, said that Musa took the right decision

He stated that Musa’s return would help him stay fit ahead of the 2022 FIFA World Cup qualifiers, where the Super Eagles have been pitted alongside Liberia, Cape Verde, and Central Africa Republic (CAR).

“There is nothing bad with the second coming of Ahmed Musa to the Nigerian Professional Football League (NPFL).

“I love his boldness to have made such a decision, and I believe it will be to the benefit of the senior national team and Kano Pillars as well.”

“For me, Musa’s return to the league will keep him fit for the 2022 FIFA World Cup qualifiers and also open a window of opportunity for him during the summer transfer window in Europe. So you can see why I commend his decision.”

Musa made his career breakthrough at Kano Pillars, where he became the league top scorer during the 2009-10 season, scoring 18 goals before moving to Europe.

He has made 96 appearances for Nigeria, the latest which came in last month’s victory over Lesotho in an AFCON qualifier.