The forward featured for Beyond Limits and Remo Stars last season in the NLO and NPFL. 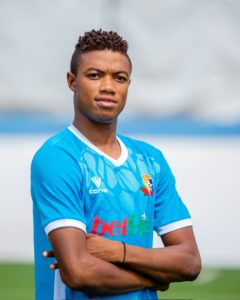 He was invited to the U20 Flying Eagles squad in preparation for the WAFU B Championship in Niamey, Niger Republic in 2021.

Agbeko has since been unveiled by the club.