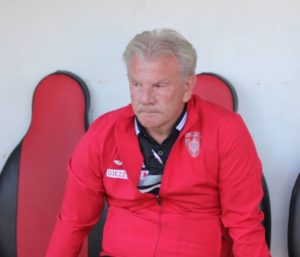 Guinea head coach Paul Put has revealed that his side ‘has shortcomings’ that needs to be addressed before the commencement of the Afcon.

The Syli Nationale enjoyed a purple patch during the Afcon qualifiers – where they topped a group that had the likes of Ivory Coast, Rwanda and the Central African Republic – finishing the qualification stage unbeaten. However, results have started to turn soar with the Afcon set to kick off in just a few days time.

Guinea goes into their final preparatory game against Egypt on June 16, on the back of two consecutive 1-0 defeats to Gambia and Benin Republic respectively.

“The results are not important, the important thing is that we progress [at Afcon],” Paul Put told Foot224 in his reaction to Guinea’s most recent pre-tournament defeat to Benin Republic.

“We can see that there has been an improvement at the technical level. I think that’s the most important,” he continued.

“But, we must tell the truth: we have shortcomings because we got opportunities [against Benin] but we couldn’t maximize them

“It’s a fact, a coach can work very hard, but it takes the confidence of the players [to achieve the desired result]. An attacker needs confidence just like a goalkeeper. We saw that Francois [Kamano] has grown, but he is not there yet.

“We can all hope that they [the players] will be ready and fired-up before the start of Afcon,” Put concluded.

The coach will hope to see an improvement in their final warm-up game against the Pharaohs of Egypt on June 16.

Guinea are drawn in Group B alongside Nigeria, Madagascar and Burundi.