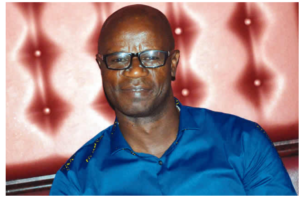 In an emotional statement, in response to the racist abuses, Vinicius vowed to continue with his dance.

“They say that happiness bothers. The happiness of a black Brazilian being successful in Europe bothers much more.

“But my will to win, my smile and the sparkle in my eyes are much bigger than that. Don’t even try to imagine how much.

“They are dances to celebrate the cultural diversity of the world. Accept it! Respect it! Or freak out. In any case, I will not stop!,” the Brazilian said on his Twitter handle.

Adepoju, who also played in the Spanish topflight with Real Sociedad, condemned Atletico Madrid fans, who aimed racist chants at the Brazilian forward before and during the El Derbi at the Wanda Metropolitan, where champions Real emerged 2-1 winners on Sunday.

“I did not suffer racist abuses in Spain, except when you were booed by opposing fans, but not racial abuses. It’s not a good thing and everybody frowns on it. Racism is not only in Spain or England but a global issue, so something has to be done to stop the spread,” Adepoju said.

Chelsea probe alleged racist abuse against Tottenham's Speaking with Mbachu said she suffered racism in China during her playing days, but urged players to shut down racists with their performances.

“I suffered racist abuses when I played in China, but it didn’t bother me, rather it made me play better. My focus then was to deliver and shut them up with my performances, because if I kept playing well, they would stop their rubbish chants,” Mbachu said.

“Football is not calling people monkeys, especially a player who is on top of his game. Vinicius is a very talented player; the fans are wasting their time.”

She called on world football body FIFA, UEFA and LaLiga to impose heavy sanctions on any racist footballer, official or fan.

“The football governing bodies must impose harsh punishment on those that racially abuse footballers, this will help limit racism. It will not stop unless relevant authorities impose heavy sanctions on the fans, maybe by banning them from entering the stadiums, else, players will continue to suffer racist abuses.