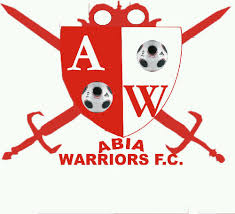 The partnership which entails the name of the company appearing on the shirt of the club was revealed in a ceremony on Wednesday.

Abia Warriors FC Chairman, Emeka Inyama, said: “As a club, we are proud of this moment. Eunisell’s sponsorship represents a huge milestone for the Abia Warriors brand. A first of its kind in the club’s history.

“As an innovative company, Eunisell has shown serious commitment to the growth of the NPFL and clubs. This is in line with our strategic plan to build the Abia Warriors brand with other big brands.”

Eunisell, had extended their sponsorship deal with Nigeria Professional Football League (NPFL) side, Rivers United last year, but Rivers recent matches have been without the Eunisell inscription on their jerseys.

Thereby fuelling talks of the end of the partnership with the Pride of Rivers.

Nevertheless, Eunisell has been a consistent player in the domestic NPFL since 2015 and is renowned for the sponsorship of football clubs.

It has also sponsored the award of the top goal scorer of the season in the NPFL.