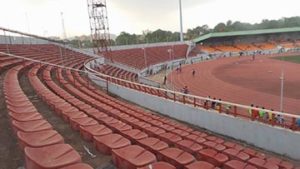 After inspection carried out by the Inspection team of the Nigeria Professional Football League (NPFL), seven stadiums have been found unfit to host matches for the new season.

The clubs have been notified that their facility fail short of the Club Licensing requirements and worst amongst them are Lobi Stars (Aper Ku Stadium) Abia Warriors (Umuahia Township Stadium) and Niger Tornadoes (Bako Kontagora Stadium).

The shortfalls of these playing facilities ranges from poor lighting, bad playing turfs, unsuitable conveniences for fans in the general area and obsolete scoreboards. Also found below standards are the changing rooms for players and match officials, Medical rooms, meeting rooms and water supply.

The clubs were variously advised to improve on all areas found to be below standard and send evidence to the league or invite the inspectors for physical evaluation in time before the new season kicks off.

Meanwhile, Plateau United and Gombe United were teams that have not submitted to the facility inspections and have not communicated any reasons for their failure to do so.