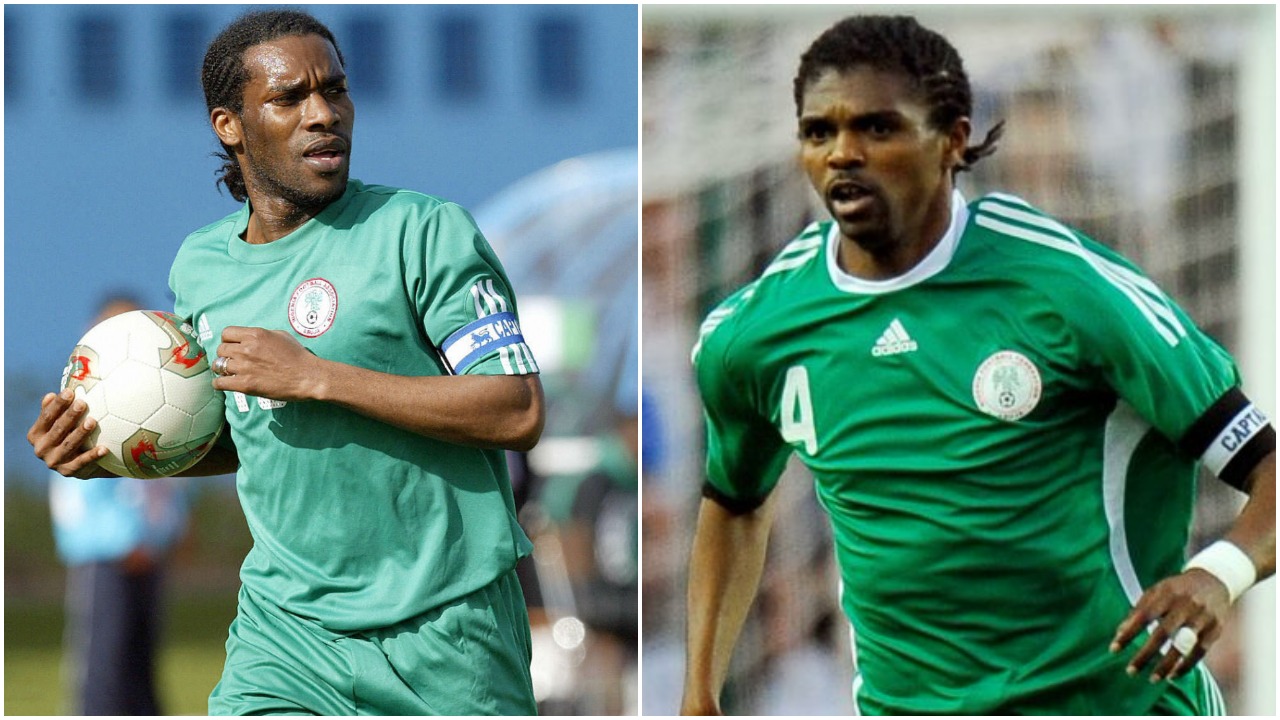 Love football and are wondering who the best Nigerian footballers are? We are sure you would want to know about them, even if you are into sports betting, and have already claimed a good sign up bonus for yourself.

Here is a look at some of Nigeria's greatest players of all time.

Nwankwo Kanu is arguably Nigeria's greatest player. Kanu started playing for Nigeria's local clubs until he was invited to play at the 1993 U-17 FIFA World Cup in Japan. He manages to score five goals and came out as the second joint scorer.

He was the one who helped the Nigerians beat almighty Brazil in the 1996 Olympics.  He further went to play for Arsenal and because of this, a lit of Nigerians began to follow the Premier League.

He has won a number of titles such as two Premier League titles, two FA cup titles, UEFA super cup with Ajax and so many more.

Austin Okocha was good that they named him twice "Jay-Jay". He started his football career in his early 20s.

Okocha was really good with his feet. he could dribble the ball and surprised everyone with a drop shoulder. However, he made his major impact when he helped Walton Wanderers qualify for the Premier League finals. This was in 2004 and he had been chosen a captain. However, they were beaten by Middlesbrough.

Yekini was a force to reckon with during his golden days when he scored 37 goals in just 70 appearances. Until today no one in the Super Eagles has been to break this record.

He goes down in history as the first player to score for his home team in the 94' World Cup. Moreover that same year he scored five goals in the AFCON cup. This led Nigerian to victory.

Sadly in May 2012, Nigeria's leading scorer succumbed to death. This was due to ill health.

Uche Okechukwu became famous when he was handed over the captaincy after the retirement of Keshi. He was part of the squad which won the '94 AFCON cup.

He played for Turkey under Fenerbahce where he helped them win the Turkish League twice in 1996 and 2001. He retired in 1998 after Nigeria's horrible results in the World Cup.

George enjoyed a successful playing career with Nwankwo Kano in Europe. He aged for Ajax and became one of the most successful passers in Europe. His goals dabbled Ajax to win three Eredivisie titles and the Champions League.

West is best remembered from his trademark hairstyles and his character off and on the field.

He was featured in the 1998 and 2002 world cup and also part of the gold medal-winning Nigeria side in Atlanta. He made such a big impact that there is a club named after him in his homeland.

Stephen Keshi is the longest serving skipper in Nigeria. He was an excellent goal scorer most occasionally scoring them on his own.

Sunday Oliseh went on to become the Super Eagles coach. He is arguably the best midfielder-defender of all time in Nigeria.

He played for top clubs such as Ajax, Juventus and Borussia Dortmund.

Odegbami represented Nigeria in the Vojta all arena for only six years but they were successful. He was the leading scorer as Nigeria won their first AFCON  in 1980. He spent most of his time playing for Shooting Stars.

He was referred to as the "Bull" during his playing days. He was part of the squad which made Nigeria lift the AFCON cup in 1996 and the Olympic gold in 1996.