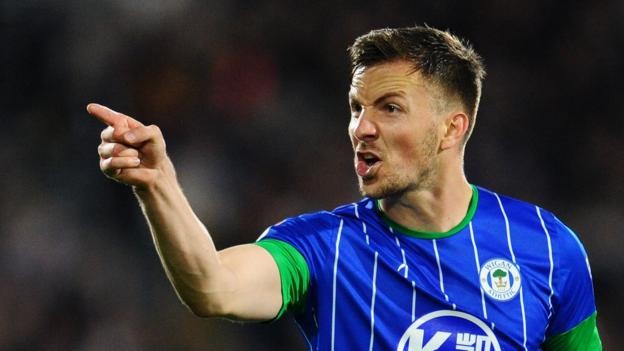 Wigan Athletic will assess the fitness of midfielder Lee Evans ahead of their Championship fixture against Brentford on Saturday.

Evans has not played for the Latics since the beginning of October because of a calf problem but might return.

Brentford boss Thomas Frank has no fresh concerns ahead of the trip to Greater Manchester.

Striker Nikos Karelis remains on the sidelines after suffering a knee injury against Millwall last month.

Wigan have lost just one of their 18 home league games against Brentford (W10 D7 L1), losing 3-1 in April 2001. Brentford have failed to score in 10 of their past 16 league matches against Wigan, including in the most recent meeting, a 0-0 draw in March. Wigan have not lost consecutive home league games since January 2019, when they lost three in a row. Brentford are looking to win three consecutive away league games for the first time since April 2016. Wigan's Kieffer Moore hasn't scored in consecutive Championship matches since April 2014, when he played for Yeovil Town. Brentford have given just 3,682 minutes to English players in the Championship this season - more than 2,000 fewer than any other team in the division.