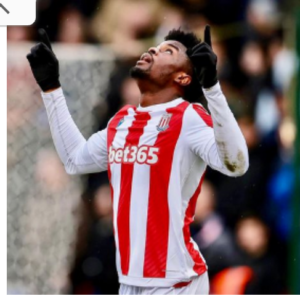 It appears Championship club Stoke City will not be taking up the option to buy Josh Maja, with the Potters confirming that the striker has returned to his parent club.

Stoke City published there retained and released list on Tuesday and Maja is one of six loanees returning to their parent clubs, the others being Taylor Harwood-Bellis, Jaden Philogene-Bidace, Romaine Sawyers, Liam Moore and Abdallah Sima.

Two matches to the end of the French Ligue 1 season, Maja's club Bordeaux are in real danger of being relegated as they sit bottom of the table having failed to win any of their last five matches in the division.

The 23-year-old arrived at the bet365 Stadium on transfer deadline day in January in search of regular game time and has departed Stoke City after making seventeen appearances and scoring two goals.

Maja has approximately one year left on his contract with Bordeaux, for whom he has made 52 appearances since joining from Sunderland in January 2019.

The one-cap Nigeria international spent the second half of last season on loan with Fulham in the Premier League, scoring three goals in 15 appearances.