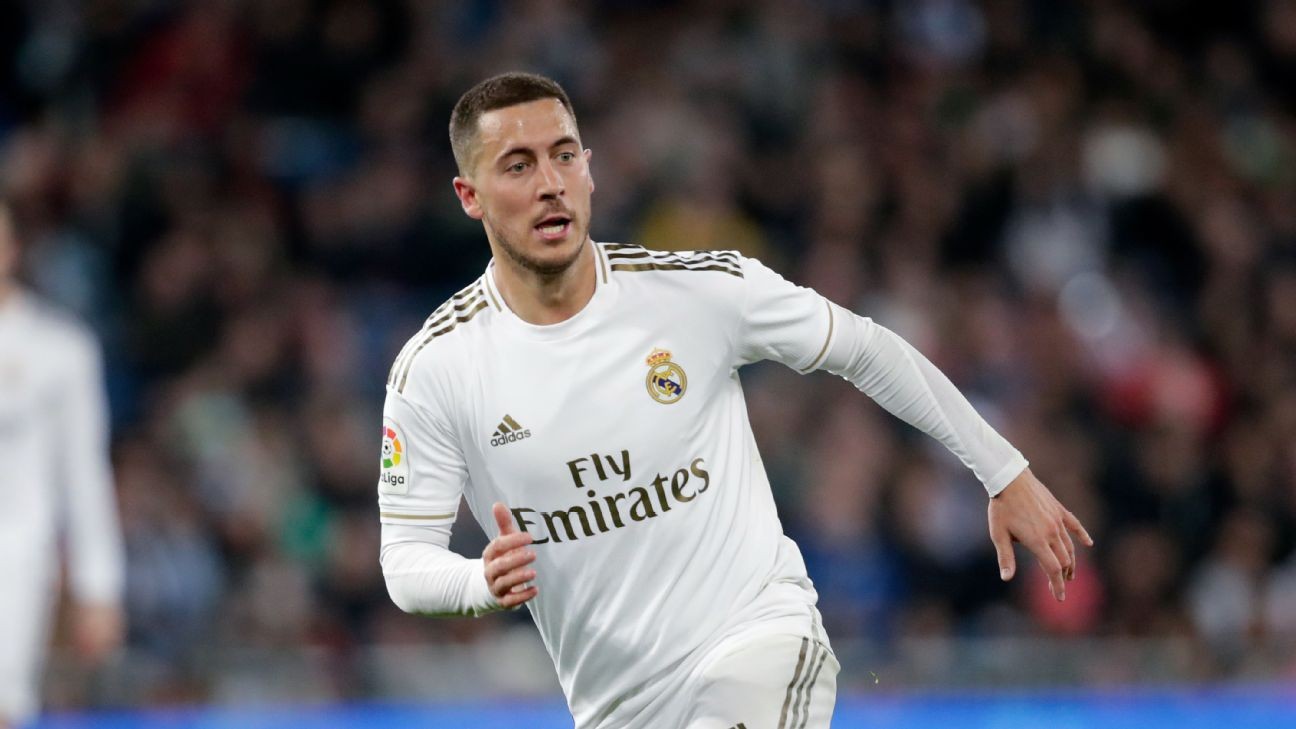 Juliens Laurens outlines whether Dortmund's Erling Haaland may be a key target for Real Madrid in the summer.

Alejandro Moreno suggests Raul Jimenez would just sit on the bench if he signed for Real Madrid.

Sid Lowe remembers Jose Mourinho's La Liga winning 2011-12 side and examines how his tactics have changed.

Sid Lowe discusses the significant role the late Lorenzo Sanz had as president of Real Madrid.

Eden Hazard has said his debut season at Real Madrid has been "bad" as he continues his recovery from surgery.

The Belgium international underwent surgery for a broken fibula earlier this month in Dallas and is now at home in Madrid.

"My first season at Real has been bad," Hazard told Belgian national broadcaster RTBF on Wednesday. "But you don't throw everything away. It was a season of adaptation. I will be judged on my second season. It is up to me to be in good shape next year."

Madrid players are training at home in self-isolation as a result of Spain's state of emergency due to the coronavirus outbreak. La Liga was suspended indefinitely on Monday in response to the crisis.

"I'm waiting," Hazard added. "I spoke to [Real Madrid coach Zinedine] Zidane on the phone, he doesn't know either. All we can do is keep fit. Will La Liga restart? We don't know. If we don't, everyone will be disappointed, but that's how it is."

He suffered a microfracture in his ankle in November and returned to the team in February, but hist latest injury came just two starts later.

"It's better, we removed the stitches a week ago," Hazard added. "I'm working a little more. I can walk now, so it's going well."

The forward had been desperate to return to full fitness before the end of the season to be available to captain his country at Euro 2020 but UEFA have now delayed the competition until the summer of 2021.

"I expected to be there at the Euros, so I was disappointed that it was postponed," he added. "I had planned to be there, I had my surgery a few weeks ago, so for me, I was going to be fine at the Euros. We'll all be a year older, which is a shame, but for my ankle it will get me back in shape."