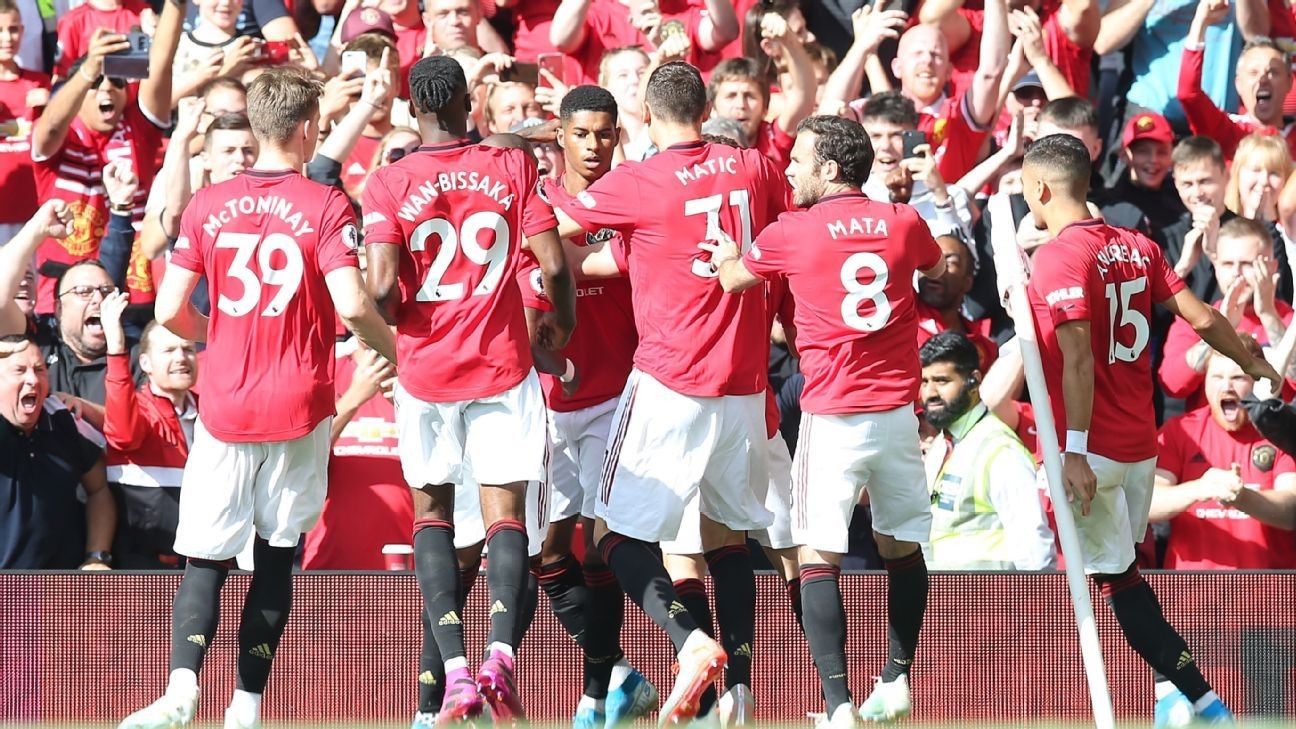 Manchester United won for the first time since the opening weekend of the season following a 1-0 victory against Leicester.

Marcus Rashford gave United the lead on eight minutes from the penalty spot for Ole Gunnar Solskjaer's men but it was a difficult afternoon from there against a lively Leicester. Solskjaer was missing Paul Pogba, Anthony Martial and Luke Shaw but his makeshift XI managed to eke out an important win.

United needed a quick start following a disappointing draw at Southampton last time out and Andreas Pereira almost provided it, forcing Kasper Schmeichel into a fine stop from a free kick.

In a lively opening, James Maddison then went close for the visitors but David De Gea denied him with his legs.

The match was just eight minutes old when Caglar Soyuncu brought Rashford down inside the area and following a VAR check, the penalty was awarded.

Rashford, who missed from the spot in United's 2-1 defeat at home to Crystal Palace, made no mistake this time to hand his side the lead.

Manchester United got back to winning ways after edging past Leicester. Getty

Daniel James and Juan Mata traded shots at goal after the restart as United pushed for a second before Maddison went close at the other end with a sweetly taken free kick.

Harry Maguire, heckled by Leicester fans throughout against his former club, looked to add a second but Schmeichel was equal to his header from a corner and he also had to be alert in defence as the visitors pressed in the second half.

United began brightly enough but they soon wilted, with Leicester the better of the two sides following their early setback.

Rashford thundered a free kick against the angle of post and bar with eight minutes remaining before Wilfred Ndidi nearly levelled in injury time, but his volley went wide.