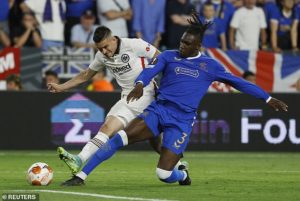 Ambitious Aston Villa and West Ham are among the top-flight clubs keen on Bassey, 22.

Rangers are hoping to keep hold of one of the stars of their season, Bassey, who himself is happy at Ibrox and in no rush to move on.

The figure that could persuade Rangers to do business would top their previous record sale of £16m following Nathan Paterson’s January move to Everton.

Bassey joined Rangers from Leicester in 2020 for just £230,000 and has shot to prominence this season following a string of standout displays.

They have both been impressed by Bassey who has shown he is equally comfortable and effective at both left-back and centre-back and is also understood to be attracting interest from elsewhere in the Premier League.