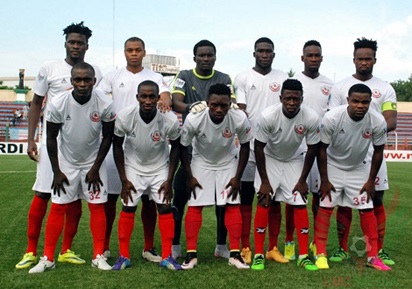 Rangers are on the fastest lane in the race against relegation, but Agbo has shown he has the positive antidote to the Flying Antelopes' league woes since mounting the saddle on transit capacity following the sacking of Imama Amapakabo.

Agbo has steered Rangers to four wins, a draw and a loss in his six games in charge so far.

But as the trip to Abia Warriors beckons, Agbo reckons that his charges will approach the game like every other one, noting that being tagged 'Oriental Derby' does not make it any special from other games.

"But then, it is one of those league games which fetches three points for a win, a point for a draw and nothing for a defeat.

"However, we are determined to work hard to earn a win so as to improve our standings on the table.

"The players are positive, worked hard in training and with the suppirt of everyone around us, we hope to do well to come back home with a good result.

"Yes, it won't be a walk in the park, Abia Warriors are a good side with experienced players.

"For sure, we are going to see an interestibg match, such that will be a good advertisement for the NPFL".

Abia Warriors handed Enugu Rangers their first shock of the season with a 2-1 win at The Cathedral in the reverse fixture with goals from  Emeka Isaac and Godwin Zaki.