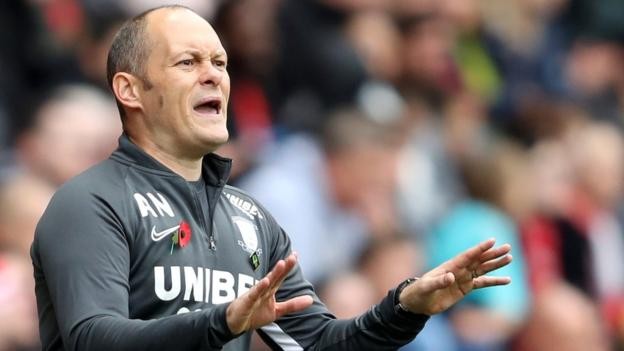 Preston boss Alex Neil will be forced into one change when his North End side welcome fellow in-form outfit Huddersfield Town on Saturday.

Midfielder Ben Pearson is suspended after he picked up his fifth booking of the season in their win at Charlton.

Huddersfield also lose a midfielder to suspension after Jonathan Hogg's fifth caution in the win at Brentford.

Preston and Huddersfield have not faced each other in a league game since April 2017, when the Terriers won 3-2 at the John Smith's Stadium. Huddersfield are winless in 15 away games against Preston in all competitions (D6 L9) since a 3-1 victory in November 1969. Preston have won three more points than any other Championship side in home games this season (20), winning six and drawing two of their eight games at Deepdale. Since the start of October, Huddersfield Town have won more Championship points than any other team (14), winning four and drawing two of their six games. Preston have scored seven penalties in the Championship this season - three more than any other side. Huddersfield's Karlan Grant has scored seven of the Terriers' 13 away league goals during 2019.