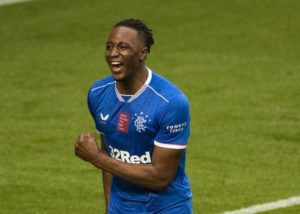 The Nigerian international can play in a variety of positions from midfield to full-back and even the wing, which makes him a versatile option.

According to the Daily Mail, Brentford, Crystal Palace and Watford are all interested in signing the Scottish Premiership star as they are all tracking him at the moment.

Aribo only has 18 months left on his contract with the Gers, creating speculation about his future at the club, with the midfielder having been with the team since 2019.

The 25-year-old joined Rangers from Charlton Athletic and since that point, he has played 116 games as he has scored 21 times while creating 18 assists.